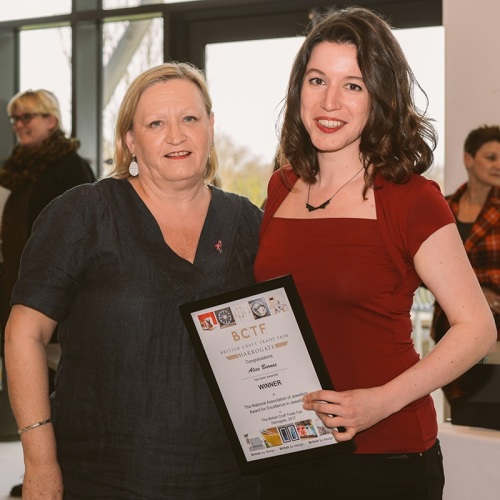 So, I may have neglected my blog for a little while, but if anything is worth writing about then this certainly is! I'm back from a weekend at the British Trade Craft Fair in Harrogate, and as well as some lovely new stockists on board I'm delighted to say that I also have a new award to my name! Out of the 400+ exhibitors at the show at least a quarter of them were jewellers, and very fine ones at that. So, it's fair to say that I was gob smacked to receive the 'National Association of Jewellers Award for Excellence in Jewellery'. Here's a photo of me looking slightly stunned with Lindsey Straughton from the NAJ, of which I'm now an honorary member.

Hopefully this award will lead to other new and exciting prospects, but just to receive this kind of recognition from such a prestigious organisation is such a credit. Read the full Jeweller Online article about the award here.